Our famous Cape Townian Southern Elephant seal, Buffel, has returned to Duiker Island. It’s great to have him back in the area and we are seeing him daily on our snorkeling trips. He first arrived on Duiker Island on the 14 September this year and settled into his familiar patterns. This is the first underwater footage I’ve ever captured on Buffel. All my previous attempts were to get photographs. Buffel normally hangs out in back of a shallow bay, which is not accessible to us. It’s only when he comes out into deeper water that I have been able to approach him and film. Have a look below… 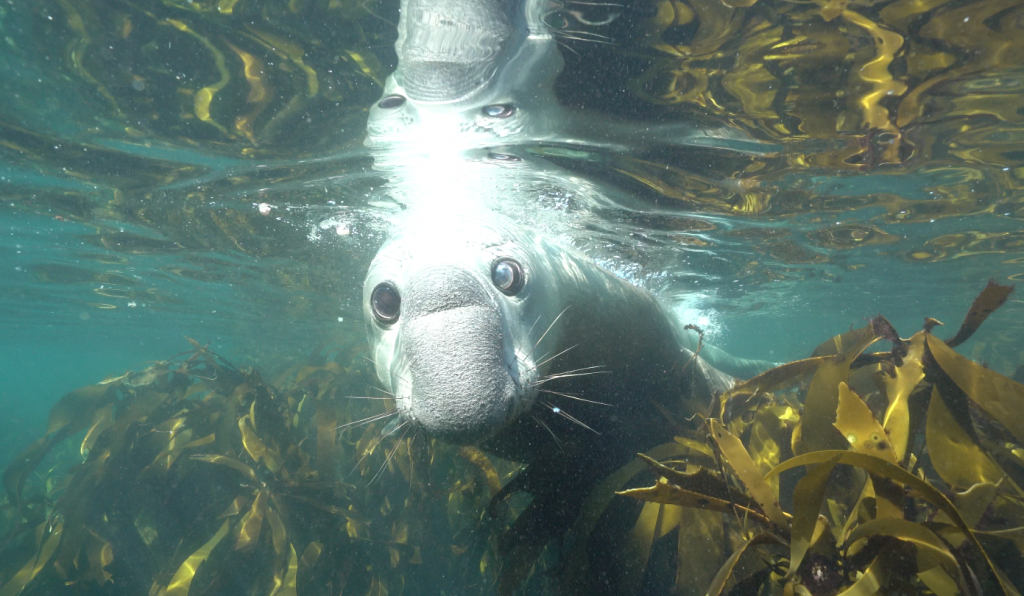 Buffel first arrived on Duiker Island in December 2016 for a super short visit (his nose-snorkel was small then!). He returned in 2017 and 2018 where he stayed for a few months. In February this year he become a real celebrity by choosing the moult on Fish Hoek beach, where everyone could admire him. He made an appearance in numerous online news articles, asking people to leave him alone as he shed his skin. During that time images rose of a young Elephant seal being born in Cape Point, tat match the age of Buffel. We think he’s a true local and will keep popping up on the peninsular for a long time to come. Check out these past Blogs to learn more ….

Southern Elephant seal – Who are you ?

Southern elephant seals (Mirounga leonina) are the largest living seal species. They are among the world’s most sexually dimorphic mammals, with adult males tipping the scales at between 3 000 and 4 000 kilograms – up to 10 times the weight of an average adult female. They are distributed in the Southern Ocean region between 35 and 70 degrees south and ‘haul out’ two, or even three, times per year onto sub-Antarctic islands and mainland sites on the coasts of Argentina and Antarctica to breed, moult and winter.